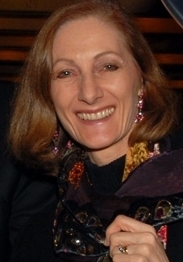 Gail Dendy is the author of seven poetry collections, the latest being Closer Than That, published by Dye Hard Press. She was first published by Harold Pinter in 1993, with her subsequent collections appearing in SA, the UK and the US. Her poetry and, more recently, short stories, are regularly published in journals and anthologies. An internationally trained dancer, she helped pioneer Contemporary Dance in SA between the late 1970s and the early 1990s. Other passions are environmental- and animal-rights issues. She lives in Johannesburg with her husband, pets, a law library, and a huge rock ’n roll collection.

DH: Your first poetry collection, Assault and the Moth, was published by Harold Pinter, through Greville Press in the UK, in 1993. How did that come about? 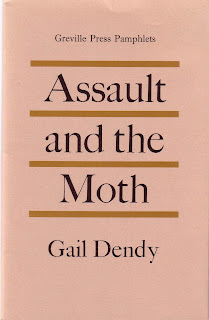 GD: By accident! My husband and I were living in London for a year, and I set myself the task of completing a poetry manuscript and submitting it to a British publisher. Well, I completed the manuscript, and when it came to sending it off, I had no idea where to send it. So I bought a copy of Macmillan’s The Writer’s Handbook and sent the manuscript to various publishers as listed, mainly in London. One press I chose was ‘Diamond Press’ – I figured that, since diamonds have a South African connotation, this might be a lucky press to go with. So I sent it off to the contact person, in this case Geoffrey Godbert. Soon after, I received a postcard saying Diamond Press didn’t publish poetry (Macmillan was wrong!), but that he, Geoffrey, was an editor of another press called Greville. He said that so far two of the editors were enthusiastic about my work and that the third editor now needed to look at it and give the final say. The second editor was Anthony Astbury and the third was Harold Pinter. Eventually, I got a 3-out-of-3 approval, something that was apparently very rare in Greville Press. Ironically, as a student I’d been nuts about Pinter’s work, so you can imagine how incredible it was to know he’d read and admired my work. He later wrote me a letter saying that he ‘wrote [to me] as my publisher’ and was delighted to have published my poems.

In your second collection, People Crossing, there is a poem called ‘Assault’ which immediately reminded me of Sylvia Plath. What poets have influenced you – has Plath been an influence? 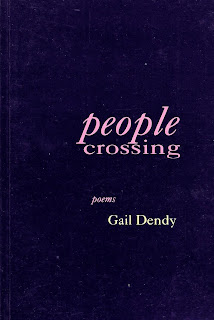 I read Plath as a teenager, but ‘Assault’ is a poem that just happened, its genesis being that dreadful case of those six young girls who went missing in the late 1980s. It turned out they’d been kidnapped by a notorious paedophile and his mistress. None were ever seen again. So I was thinking about child abuse at the time I wrote the poem. I often use a strong voice in my work, as did Plath, and given that I use family members (mother, father, sister, brother, cousin etc) as literary symbols, people might think I’m writing confessional poetry. Nothing could be further from the truth. My poetry is almost entirely fiction. My influences, though, are varied – anything from ancient Chinese poetry onwards. In 1991 I discovered Carol Ann Duffy, and felt there and then she ought to be the Poet Laureate. In homage to her, I based the cover of People Crossing on her book Mean Time. It feels good to know that I was in some way prophetic.

Your work focuses on the immediate and the familiar, but there is also a sense of the magical in some of the poems. What inspires your poetry?

I draw a great deal on biblical and literary references, fairy tales, myths, dream imagery and fables, so that probably accounts for the ‘magicality’. Rhyme (either internal or asymmetrical), rhythm and cadences play a huge part in my work, which is perhaps not surprising given that I’ve been a dancer and that dance is still so important in my life. Ditto the musicality of words and language. It sometimes gets to a point where I know exactly what vowel sounds I need in a line to make the ‘music’ that seems right for the piece I’m working on, but it’s the damn consonants that give me trouble.

There is another poem from your second collection, called ‘Tourists’ which deals with an incident where two tourists were murdered on a Natal beach, in 1992. But the ‘outside world’, if I may call it that, of socioeconomic and political realities, doesn’t really play much of a role in your poetry.Is this something you consciously avoid writing about? 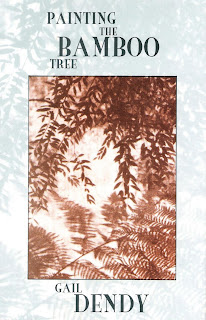 Actually, I’m very aware of the outside world and confess to having become quite a news junkie in the past 10 years or so. What I prefer to do, though, is to personalise and individualise the external world so as to distil an emotion or set of ideas from it. I admire people who’re able to write meaningfully about socioeconomic and political reality, but I could never sit down and say to myself: ‘Today I’m going to write a poem about the earthquake/tsunami/civil war/rebel uprising …’. If I did, I’d probably end up with little more than a news report. What’s so exciting about poetry is that you can create an entirely new world parallel to, and resonating against, the real world, but one that has its own logic and rules of engagement.

Do you think poets have a ‘role’ to play in society, and if so, what?

I’d personally feel very arrogant saying that poets have a role to play as if they were somehow superior beings. On the other hand, I strongly believe that the arts, generally, are necessary and relevant in creating a well-rounded, vibrant society. People turn to the arts for an enhanced emotional experience, and perhaps to connect with what has proved to be both timeless and universal. For instance, I read somewhere that during World War Two more people visited London’s National Gallery than ever before. I like to think that more people bought and read poetry, too. Poetry offers a unique window onto the world. It would be sad if that window ever became boarded up. 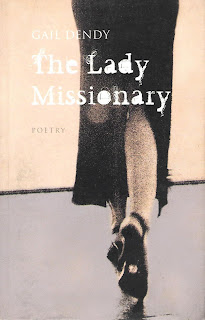 Lately, there has been quite a bit of discussion about the diminishing space given in the media to book reviews, particularly poetry. Bookstores are becoming reluctant to stock poetry – they say it doesn’t sell. And so publishers don’t want to publish it. And certainly, from my experience, I see a lot less readers of poetry than there was about 10 years ago.

It’s very worrying that poetry is becoming the Cinderella of the arts. Everything works in a vicious circle in that the lower the profile of poetry, the less market there is for it, and the less interest there is for publishing houses to deal with it and for bookshops to make it available. But hopefully the cycle will, at some point, start turning the other way. Wouldn’t it be terrific if poetry made headline news, and if you had to book your seat a year in advance to attend a poetry reading or book launch? Oh, and pass me that glass slipper, will you?


Closer Than That is your seventh collection. Of your previous six collections, two were published in SA, the others overseas. Were the overseas publications available here? Does it bother you that most of your collections have been published outside SA? Do you think it has weakened or strengthened your reputation here, or does it not matter to you? 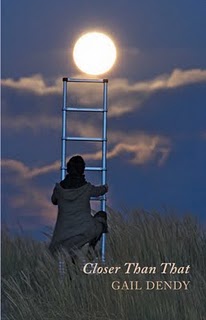 They weren’t readily available here, unfortunately, although obviously they could be purchased from an overseas source. I particularly wanted to be published ‘overseas’ as I was getting such positive responses from that initial manuscript I sent out (the original full-length Assault and the Moth). It was Gus Ferguson who introduced me to the South African audience, for which I’m eternally grateful. But I’m not sure I even have a reputation here to be strengthened or weakened. All I know is that I write what I write, and I write what I like.

Your story ‘The Intruders’ appeared in the short-fiction anthology, The Edge of Things, published by Dye Hard Press. Here again there was a sense of magical realism, with an interplay between outer and inner worlds. Does magical realism  play a big role in your short fiction as well?

Surprisingly, it does. Surprising to me, that is, as I never consciously set out to incorporate this element. It can be seen in ‘Wayfarers’ (2007), and also in 'Venus Crossing' which was shortlisted for the Thomas Pringle Award 2010, so it seems people are liking what they read. But allegory also slips into my prose without so much as an invitation. I specifically used it in a 2007 publication called ‘The Briar Hedge’, and of course both magical realism and allegory are highly visible in ‘The Intruders’.


What are the main challenges facing poets in SA? Getting published is obviously one of them. 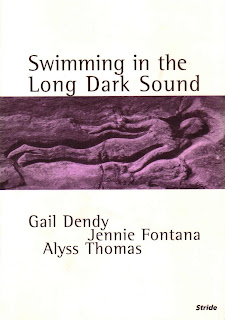 It’s the old story of there being no shortage of poets, but a shortage of readers. So the huge challenge is to find vehicles for communicating one’s work. I’ve been a bit lucky in the past couple of years in being able to perform in productions which we call Off the Page, together with a wonderful pianist, Tony Bentel, and an experienced broadcaster and raconteur, Selwyn Klass. In our last Off the Page we added a cellist and flautist. We script the work very tightly, and are fully rehearsed. We’ve had some excellent audiences, and terrific feedback. Will that induce people to buy and read poetry? Probably not. And there’s the rub.

What do you regard as recognition?

I would say the ultimate form of recognition is having someone come up to you and say they can’t wait to read your latest poem, or – even better – your latest book! And believe it or not, that has actually happened to me. I just hope I wasn’t dreaming.

Closer Than That is available from Exclusive Books throughout SA, estimated retail price R105. It can also be ordered  from Dye Hard Press for R85 (including postage) in SA, or for R115  for overseas. Email dyehardpress@iafrica.com for order details.
Posted by Gary Cummiskey at 2:01 AM 1 comment: